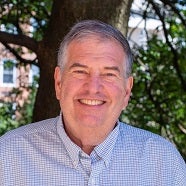 Classification of Geometric Structures on Manifolds

In 1872 F. Klein, based on ideas of S. Lie, proposed that the classical geometries be understood via the theory of transformation groups and homogeneous spaces. Later in the 1930's, influenced by ideas of E. Cartan, C. Ehresmann and J.H.C. Whitehead formulated the question of which topologies could support local coordinate systems modeled on a Klein geometry. In the 1970's Thurston formulated his 3-dimensional geometrization conjecture (now a theorem due to Perelman) in terms of locally homogeneous Riemannian structures.

For example, the topology of the 2-sphere is incompatible with ordinary plane Euclidean geometry --- no metrically accurate world atlas exists.  In contrast, the 2-torus admits many Euclidean structures, and their isometry classes form a space with a rich (hyperbolic) geometry of its own. In this talk, I will survey this question and describe some notable successful classification problems in dimension 2 and 3.

Abstract: We will fix some topological data, a pants decomposition, of a closed surface of genus g and build hyperbolic structures by gluing hyperbolic pairs of pants along their boundary. The set of all hyperbolic metrics with a pants decomposition having a given set of lengths defines a (3g-3)-dimensional immersed torus in the (6g-6)-dimensional moduli space of hyperbolic metrics, a twist torus. Mirzakhani conjectured that as the lengths of the pants curves tend to infinity, that the corresponding twist torus equidistributes in the moduli space. In joint work-in-progress with Aaron Calderon, we confirm Mirzakhani’s conjecture. In the talk, we explain how to import tools in Teichmüller dynamics on the moduli space of flat surfaces with cone points to dynamics on the moduli space of hyperbolic surfaces with geodesic laminations.

Abstract:  The classification of geometric structures on manifolds naturally leads to actions of automorphism groups, (such as mapping class groups of surfaces) on "character varieties" (spaces of equivalence classes of representations of surface groups). Just as surfaces of Euler characteristic and are the building blocks of surfaces,

their character varieties are the building blocks of character varieties in general. They enjoy natural mapping class group-invariant Posson structures. The simplest examples are affine cubic surfaces, such as the Markoff surface x^2 + y^2 + z^2 - x y z = 0 which parametrizes complete hyperbolic structures on the punctured torus. In general these actions are dynamically complicated. Another notable example is the x^2 + y^2 + z^2 - x y z = 20 which relates to Clebsch's diagonal cubic surface in projective 3-space. Here the dynamics bifurcates from ergodic (with respect to the Poisson measure) when the constant term lies between 2 and 20, and when to wandering when the contant term is more thn 20 . This bifurcation can be understood in terms of lines on Clebsch's surface.

Abstract: Pleated surfaces are an important tool introduced by Thurston to study hyperbolic 3-manifolds, and can be described as piece-wise totally geodesic surfaces, bent along a geodesic lamination lambda. Bonahon generalized this notion to representations of surface groups in PSL(2,C),  and described a holomorphic parametrization of the resulting open charts of the character variety in term of shear-bend cocycles.

In this talk I will discuss joint work with Martone, Mazzoli and Zhang, where we generalize this theory to representations in PSL(2,C). In particular, I will discuss the notion of d-pleated surfaces, and their holomorphic parametrization.

Abstract: Recently, Markovic proved that there exists a maximal representation into (PSL(2,R))^3 such that the associated energy functional on Teichmuller space admits multiple critical points. In geometric terms, there is more than one minimal surface in the relevant homotopy class in the corresponding product of closed Riemann surfaces. This is related to an important question in Higher Teichmuller theory.

In this talk, we explain that this non-uniqueness arises from non-uniqueness of minimal surfaces in products of trees. We plan to discuss energy minimizing properties for minimal maps into trees, as well as the geometry of the surfaces found in Markovic's work. This is joint work with Vladimir Markovic.